Mumma in her last bid to wake me up says, ” History is being made and you’re sleeping!”
I jumped right up and ran to living room. No sooner than I got there the CNN journalist screamed “Barack Obama has been elected as the 44th President of the United States of America making him the first African-American president “

Someone on CNN rightly said, ” You’ll never forget where you were when you heard this news”

I sure as hell won’t.

My parents and I were glued to the television set for close to 2hrs awaiting Obama’s speech. McCain fake smiled and very graciously accepted his defeat and congratulated his opponent. 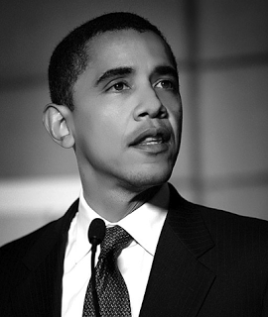 He was joined on stage by his wife and his plastic,repulsive,phoney, animal killing vice-president nominee Sarah Pallin and her ‘husband’. He convincingly concealed his disappointment and urged his people to support their president which i thought was very nice of him.

Obama’s speech was obviously the highlight. He is the Man! 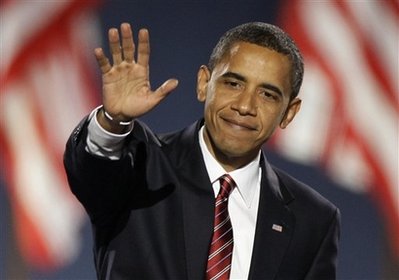 I’m not that much into politics, only enough to know what’s happening in the world. I never really ‘supported’ a politician. But Obama… well hes the Man. His speech was utterly moving to a point where I got goosebumps. I thought it was adorable of him to mention his wife Michelle so fondly. His speech was so induced with truth, hope and honesty.He has me convinced that he is the knight in shining armor that the world needs.As he spoke of hope, of a better world, of change, of unity… I don’t wanna admit this but I got teary eyed. I wasn’t the only one. Oprah was there, she sobbed. Mumma too got misty.He’s either an excellent orator or just an amazing human being most worthy of his title or both.Only time will tell.

But for now…Congratulations President elect Senator Barack Obama. Your The Man!

PS: Sod off Bush.Go back to Texas and Hee Haw.

This site uses Akismet to reduce spam. Learn how your comment data is processed.